Fullmetal Alchemist is a Japanese manga series written and illustrated by Hiromu Arakawa. It was serialized in a monthly manga magazine between July 2001 and June 2010; the publisher later collected the individual chapters into twenty-seven volumes.

I took up the challenge to make two full set of costumes for the local cosplay convention. I will breakdown the creation of both sets: Edward's and Alphonse's costumes.

The right hand armor section was made out of foam rubber. This medium was the prime choice for armor building due to the flexibility and comfort level for the wearer. The foam is also manipulatable and can conform to any shape disired.

Edward has two mechanical section, I will focus on his arm:

Alphonse is more complicated; his costume is an entire armor suit. It was designed from pieces, not a complete unit. 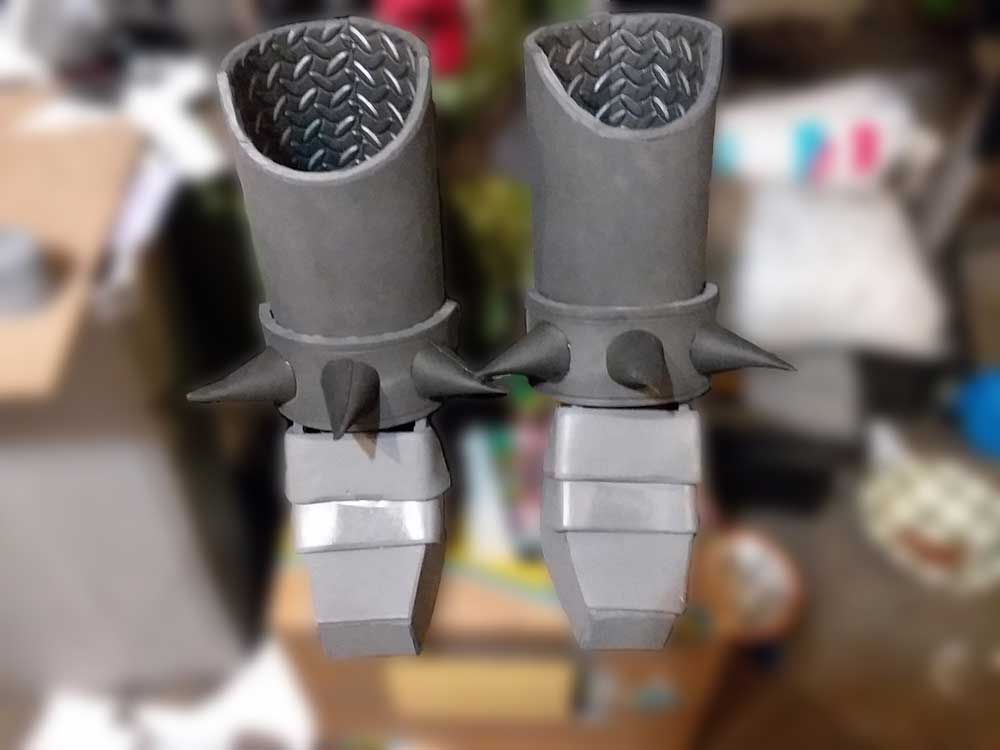 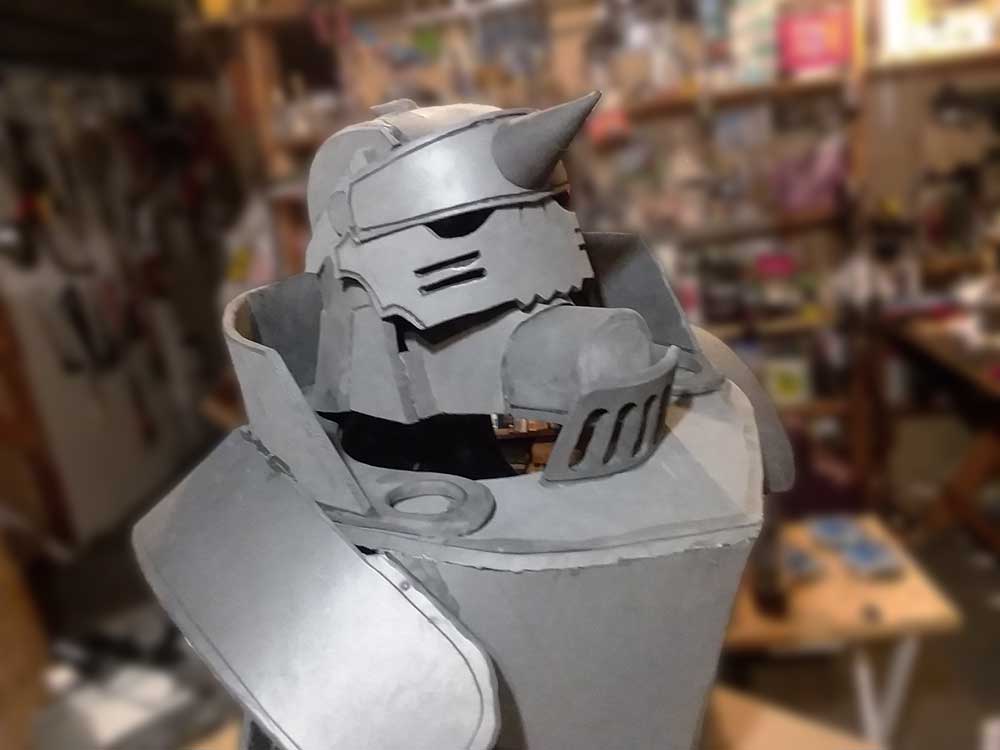 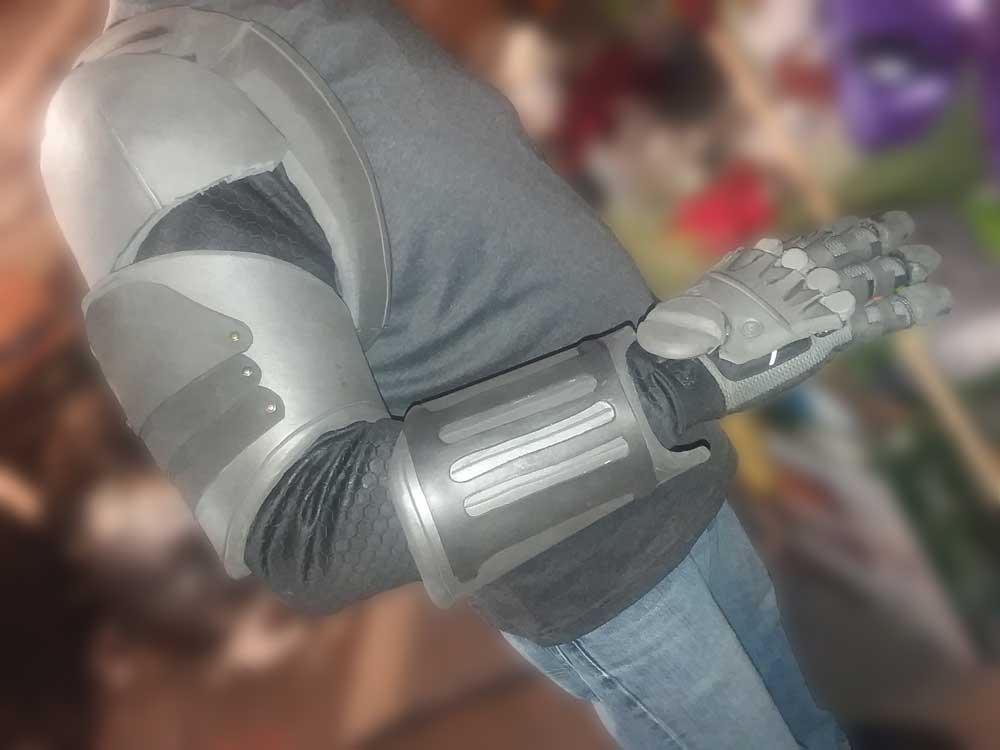 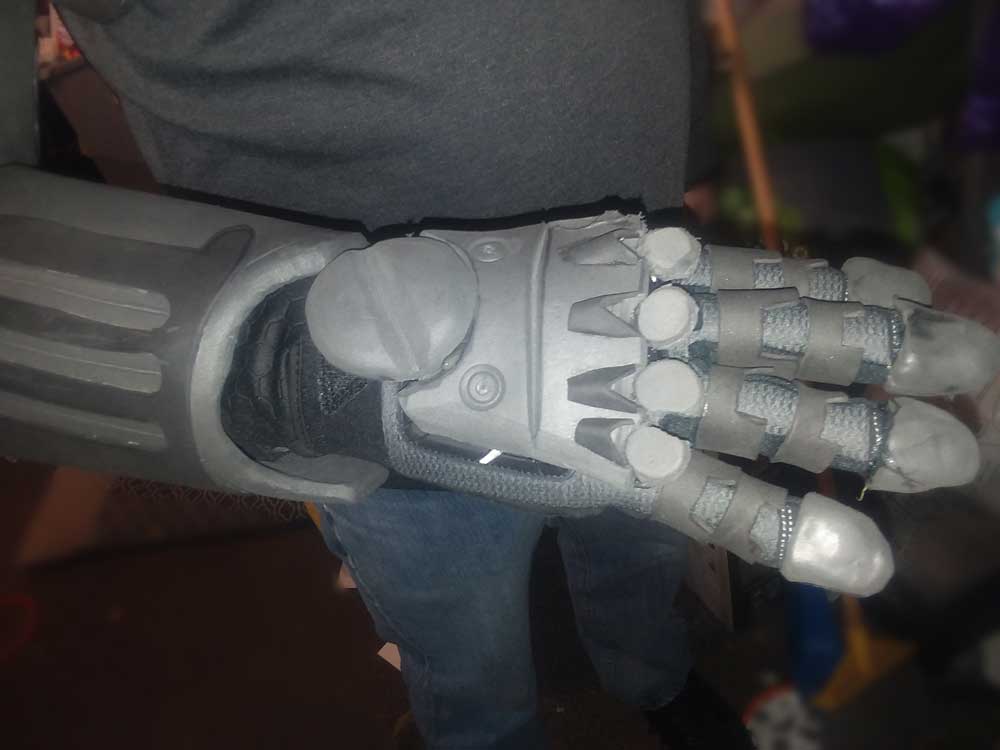 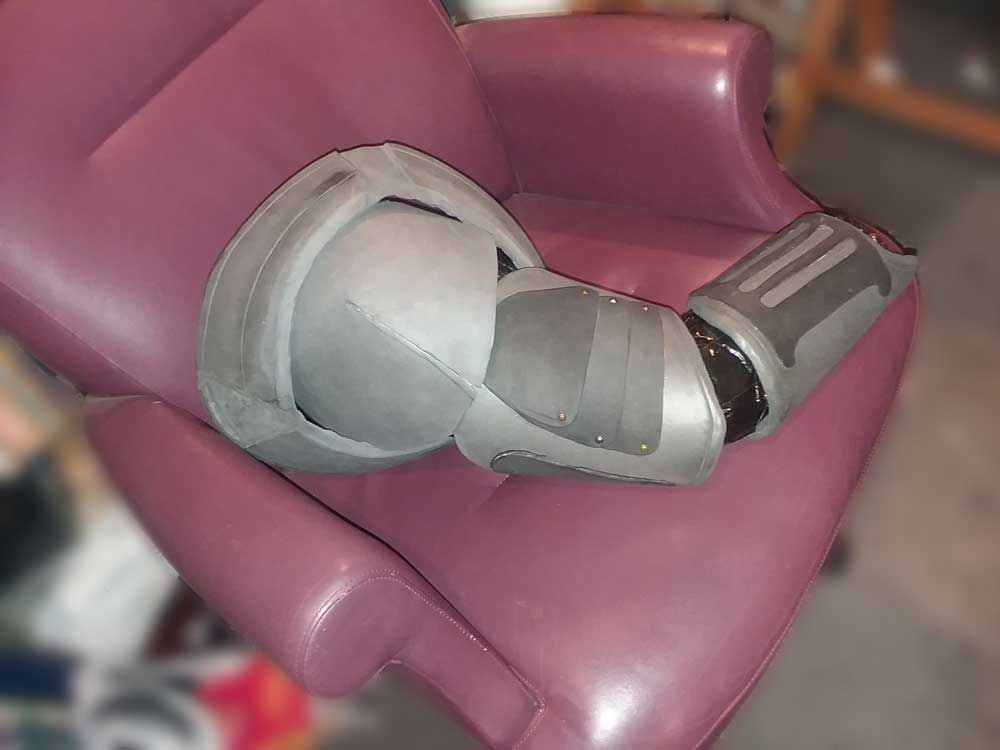 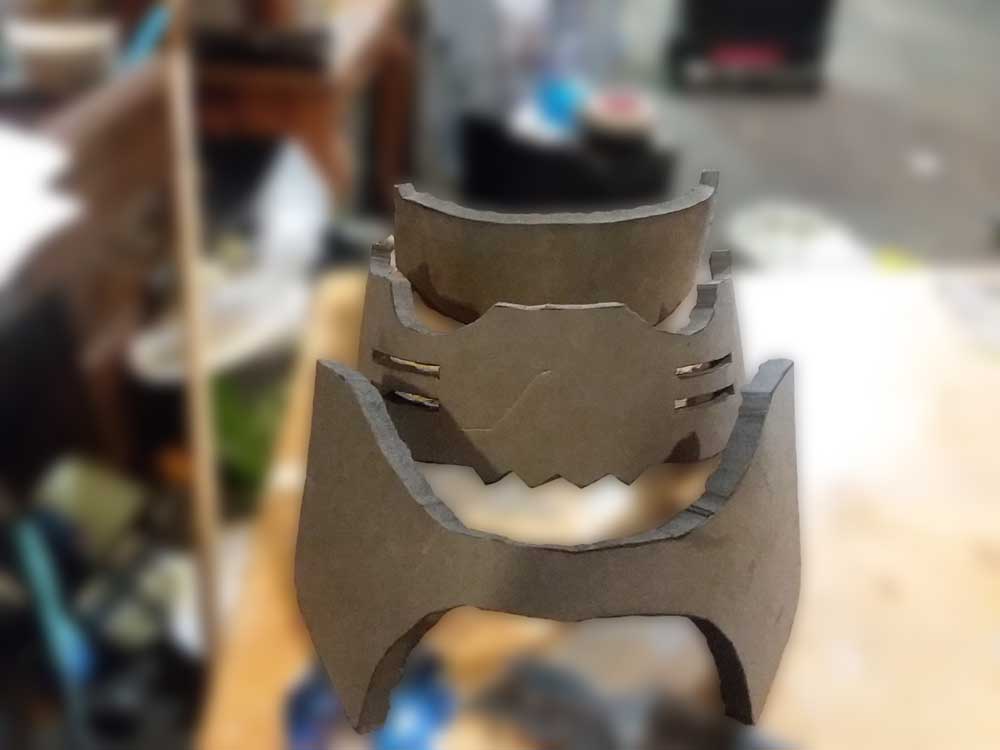 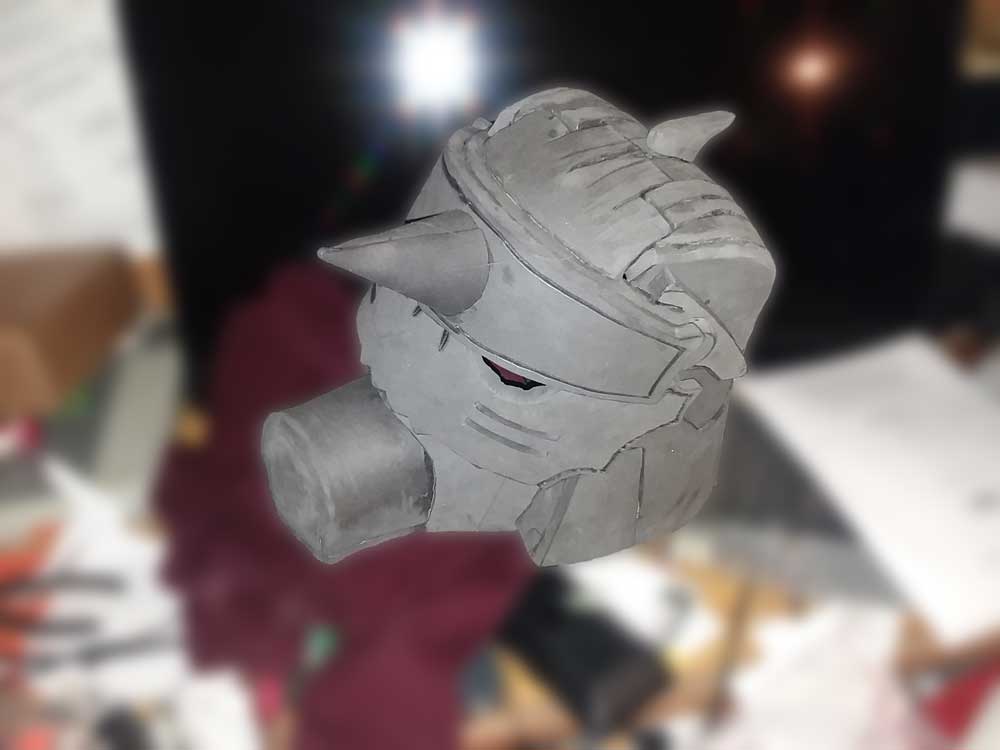 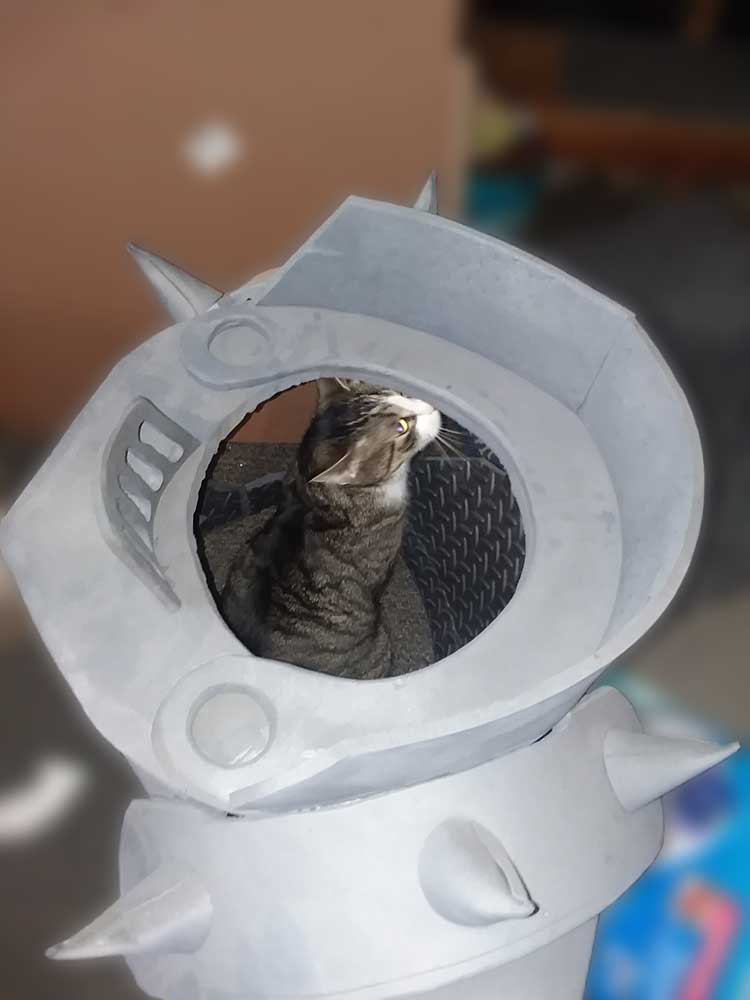 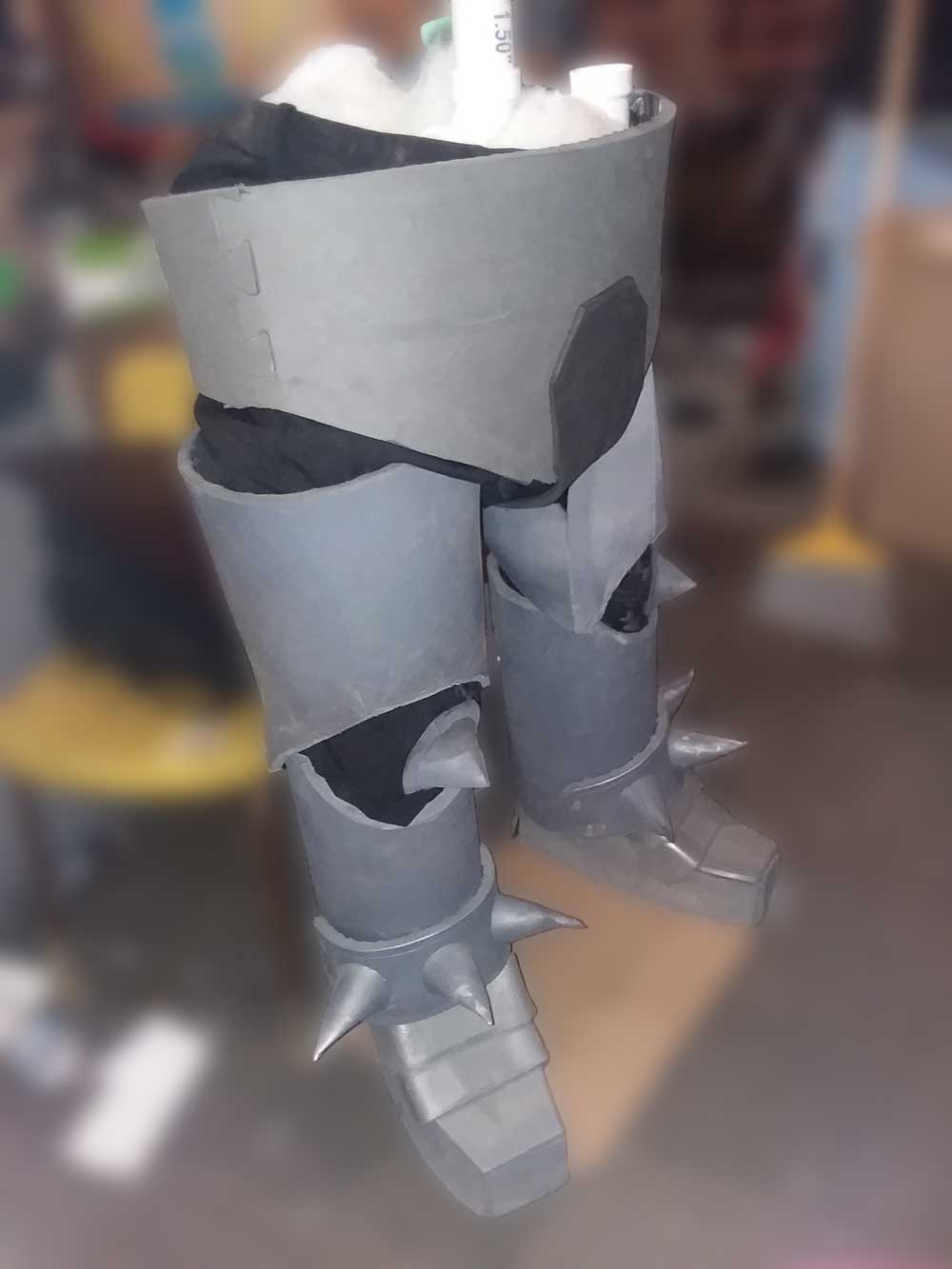 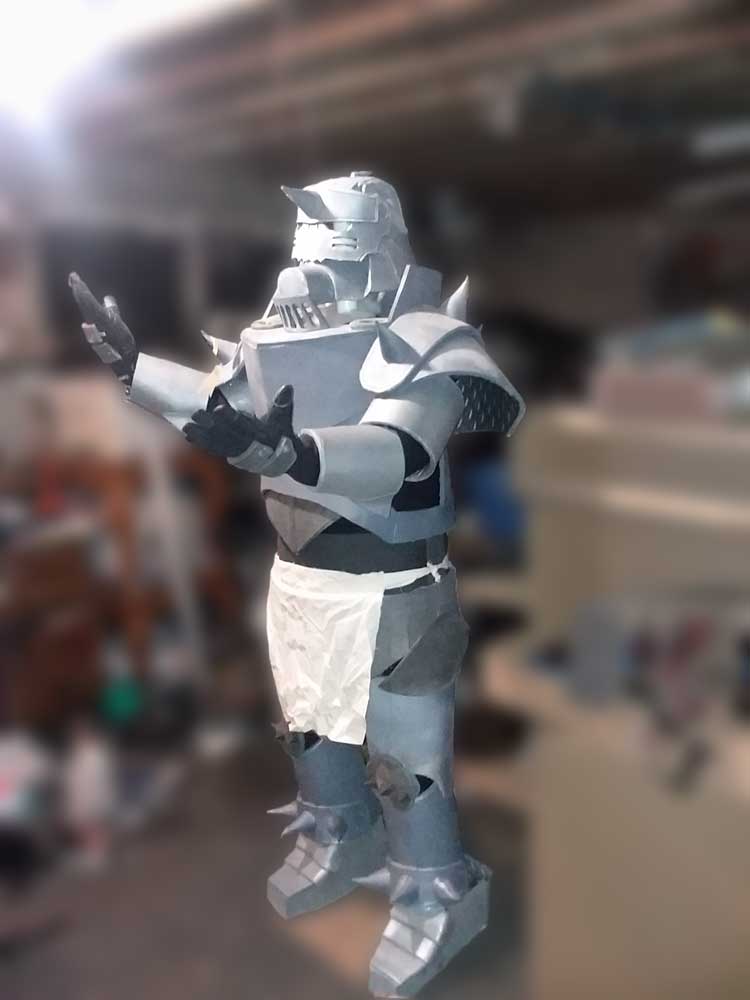 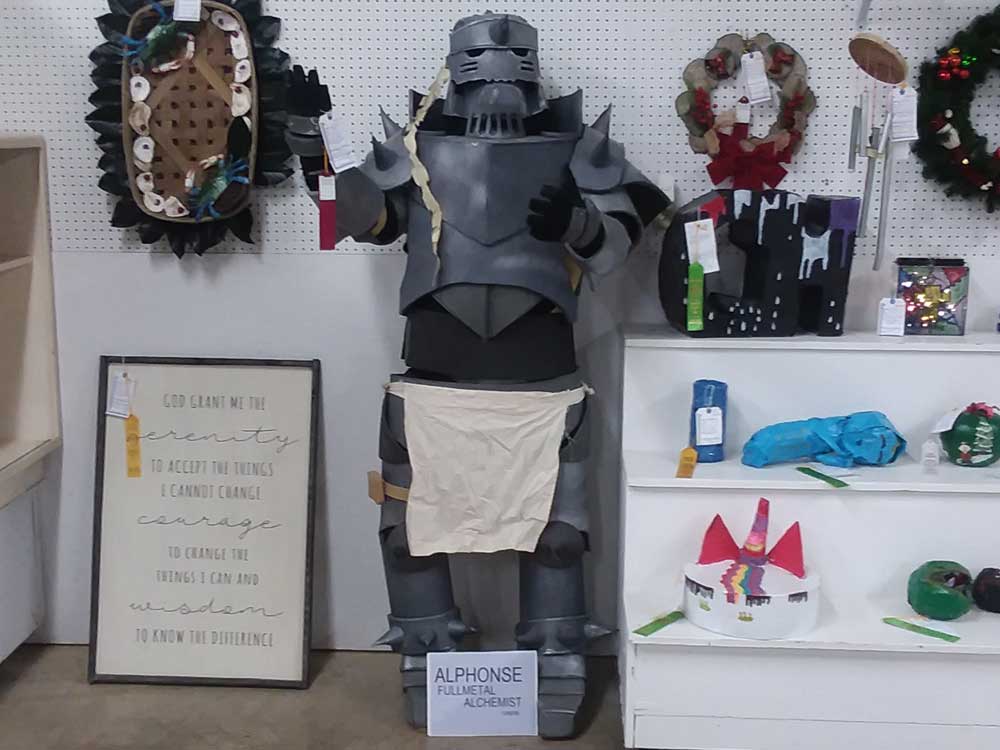